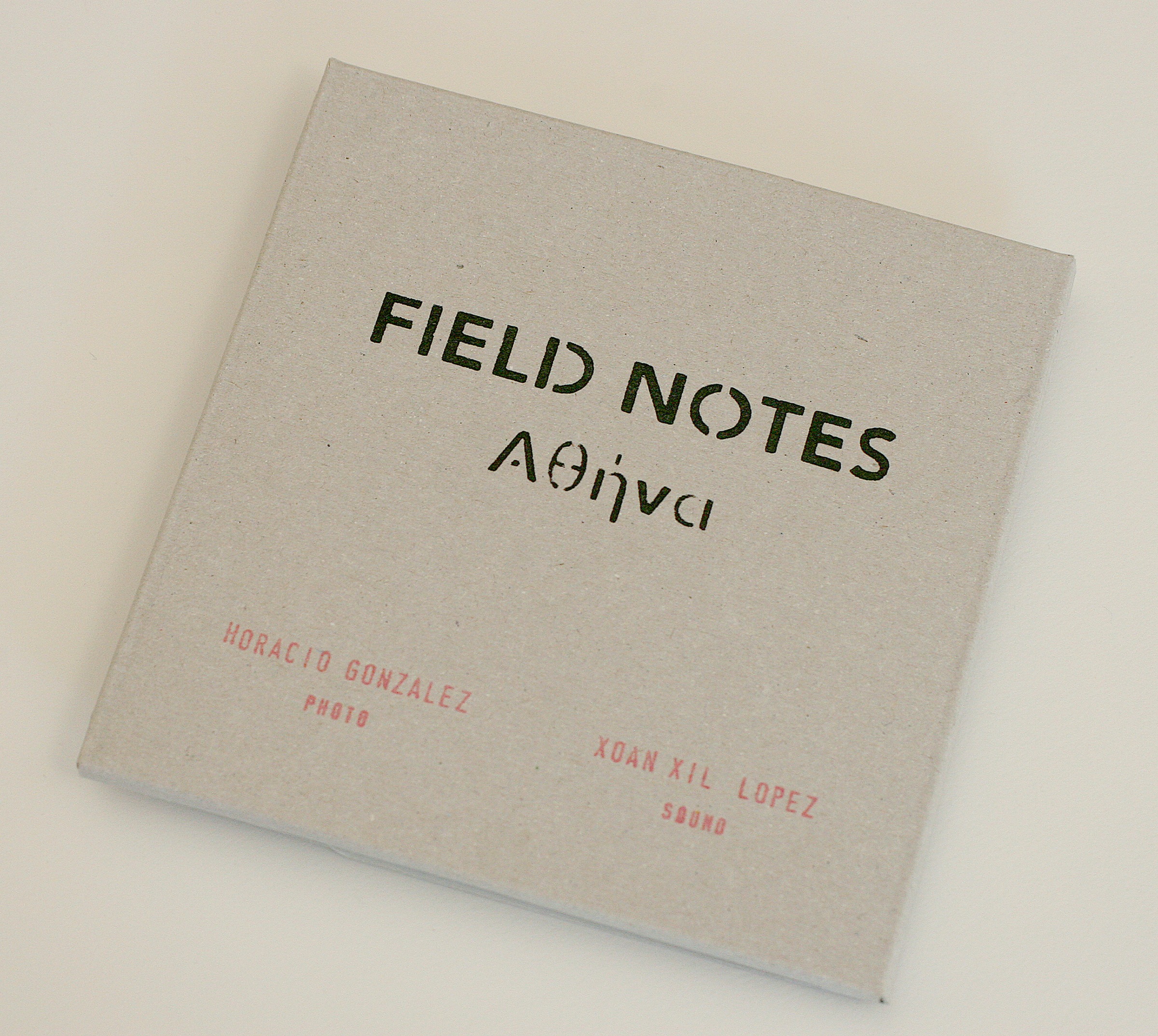 Field Notes is a phonographic/photographic series that takes shape from sound registries and images collected for the creation of diverse projects in which we have been participated over the last few years (installations, geolocated sound walks…)

This first project recordings were done at Athena between 2012 and 2013, and have been organized around improvised moments in a bell, cowbell, and sleigh bell shop; items that work as an axis to articulate a series of sounds found in wandering through the Hellenic city, that extend from the subtle sound of the wind through the trees in Anafiotika to the wakening of the local market, and the lullabies of power saws.

The recordings play around the scale and shots of scenes that articulate with no other criteria but that of the sound progression. Likewise, the images show partial visions of a stroll through the city that escapes stereotypes to go deep into an agitated, turbulent, and vindicating Greek society in the height of an economic crisis.